As competitive dance partners, Beth Docherty and her husband, Jeff, have won several international medals since they began taking lessons a decade ago.

Today, if you watch Beth foxtrot, waltz, or even tango her way around a dance floor during a competition—sometimes lasting 100 heats or more—you’d never guess that she was born with both hips dislocated.

In fact, Beth’s parents were told their daughter would probably never walk.

Despite her birth injuries, Beth did learn to walk as a child—and would learn to dance much later in life. But for Beth, a survivor of rape and child sexual abuse, the journey toward healing has involved much greater challenges than overcoming physical disability.

As Beth grew up, music was always a part of her. It helped her focus on something other than chronic pain and physical disability. “Music was in my DNA, it was my passion,” she says.

But Beth often felt alone in her love of music. “My parents didn’t really understand it; they saw it as a pastime. But to me music was so much more—it was a lifeline.” No matter what happened, music gave Beth a way to express herself. “It helped me to transcend my trauma,” recalls Beth. “Music gave me a reason to keep going and a way to privately process complex emotions.”

As Beth entered seventh grade, she was excited about the opportunity to be with other people who loved music. She signed up for music class and joined the band. She met her new music teacher, who was also the band director. He would change her life. “I felt like there was finally someone who understood my love for music and encouraged it. I was thrilled to have this incredible musician recognize my talent. After years of low self-esteem because of my hip condition, he helped build my confidence.”

Beth thought of her teacher as a mentor, even when his behavior toward her became predatorial. “He started grooming me,” Beth reflects. The abuse accelerated and by the time Beth was in eighth grade she was being raped regularly by the teacher she had admired so much.

He groomed Beth’s parents, too, becoming friends with her father and even joining him on hunting and fishing trips. He used those relationships to manipulate Beth. “He made threats, saying he would kill me if I said anything. He told me that my parents wouldn’t believe me. I lived in silence and fear and terror because I didn’t think I could tell anyone.”

She believed me. That night she found a reporting hotline to call and got me help.​

The abuse continued for more than a year—until Beth’s younger sister entered middle school and was encouraged by the same band teacher to join the music program. Out of fear for her sister’s safety, Beth managed to tell a Girl Scout leader what was happening.

“I told her I was being sexually abused by a teacher,” recalls Beth. “I didn’t go into details with her, but she believed me. That night she found a reporting hotline to call and got me help.”

Beth went to her troop leader’s home the next day, to find out what would happen next. “She said that we needed to go together and tell my parents.”

Beth remembers how afraid she was: “I was horrified. I believed all the lies and threats that he’d told me.” The Scout leader reassured Beth and together they told her parents the truth about their daughter’s teacher.

In the days that followed, Beth disclosed more of what she had suffered. By the time the case went to trial, several other victims had come forward as a result of Beth’s courage to speak up. The verdict? Guilty on more than 42 counts, with 30–70 years in prison.

While the threat of abuse went away, the trauma did not. “I never felt worthy. There’s a lot of shame. It affected my self-esteem and my trust in people.” Beth attempted suicide in college, and also developed a fear of healthcare providers. Like many survivors, she couldn’t imagine undressing for medical exams, disclosing her abuse history, or trusting someone while feeling vulnerable—which meant she avoided medical care. Her severe anxiety meant that at age 36 she was hospitalized with a severe spinal abscess because she had avoided treatment. She almost died.

I learned I wasn't alone.

With therapy and support from family, Beth did eventually begin to heal from the trauma of abuse that she carried into adulthood. She also began to educate herself about abuse and connected with other survivors through organizations like Pittsburgh Action Against Rape. “I learned I wasn’t alone.”
In addition to finding supportive communities, Beth also had to address her anxiety about medical care. Remember that birth injury she had to overcome to learn how to walk as a child? By the time Beth was in her thirties her hips were so bad that she was using crutches to get around. Then, in 2010, she had both hips replaced.

The procedure was a turning point on Beth’s healing journey. She learned to walk all over again, and that gave Beth a second chance at some other things, too—like self-esteem. “I told my husband that if the surgery was successful and I could walk again, I wanted to take dance lessons with him.”

I told my husband that if I could walk again, I wanted to take dance lessons with him.

The surgery was successful, and Beth did learn to walk again—and after her recovery Beth made good on that promise to herself. “We showed up for our first lesson and I was terrified,” recalls Beth, who was afraid to walk in front of anyone, let alone try to dance. For Beth, those first lessons were about taking baby steps—literally. “My dance instructor, Jessica, spent countless lessons just getting me comfortable walking across the dance floor. That was it.”

Eleven years later, Beth and her husband are still dancing and have won first place medals in several international dance competitions. “I feel so free when we dance,” says Beth. When the COVID-19 pandemic paused in-person lessons, they built a dance studio in their house so they could continue practicing together.

I feel so free when we dance!

For Beth, learning to walk again was about healing from physical disability. Learning to dance has been about healing in other, deeper ways. “I went through so much ugly,” says Beth, “but once I started to heal, I could see how much beauty there is.” What is most beautiful might be Beth herself—out there on a gleaming dance floor, dazzling under the bright lights, living life and loving being alive. Beth wants other survivors to know that they can heal, too, no matter what they have lived through—don’t give up! 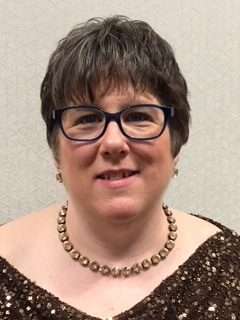 In 2007 Beth started the Trust Project, a research and outreach initiative to help medical professionals understand the links between trauma, health, and well-being. She presents at universities, conferences, medical facilities, and public events. She is part of a working group for the HEAL PA initiative of the Pennsylvania Office of Advocacy and Reform to implement trauma-informed care across the state. Beth has served on Pennsylvania Coalition Against Rape’s Vision of Hope Council and participates in the Resilient Voices program through the Pennsylvania Office of Victim Advocacy. Beth still loves music and plays in both a rock band and a symphony orchestra.