One way that Pennsylvania communities can say thank you to police officers and other law enforcement personnel on Law Enforcement Appreciation Day (LEAD) this weekend is by recognizing their important contributions to the fight against child abuse in the Keystone State. As part of a recent video project on how Children’s Advocacy Centers help victims of child sexual and physical abuse, PennCAC spoke with Jason Loper, Chief of Police for Fairview Township in York County. Before his current role, Chief Loper worked closely with York County Children’s Advocacy Center as part of the local team responding to cases of child physical and sexual abuse. We asked Chief Loper about his experience with child abuse investigations. In honor of all the law enforcement partners who work with Children’s Advocacy Centers across Pennsylvania, we share these excerpts from that conversation. 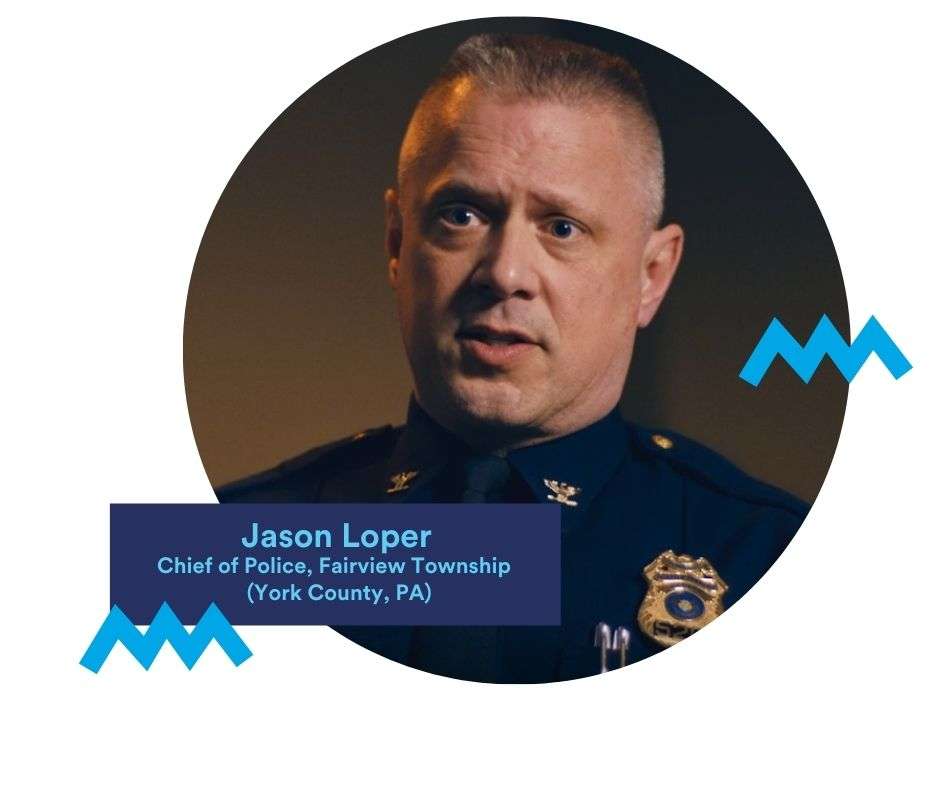 PennCAC: How are Children’s Advocacy Center cases different from other cases your police department handles?

First off, anytime you’re dealing with sexual assault or rape, the victim is usually more traumatized than victims of other types of crime. They’re going through a lot more internally than somebody who had, for example, something stolen out of their vehicle. Those “person-victim” crimes, we could call them, have a higher priority for the police department than a property crime. You want to spend more time on those. You want to try to get appropriate resolution for the case.

The Children’s Advocacy Center cases are also different because of the age group. Police officers are used to dealing with adults—or even teenagers—but we see a lot of younger children at the CAC. So just how you interact with these victims, ask questions, and try to get information—it can be difficult for police.

PennCAC: How does the CAC help you with that?

Well, the way you approach the victim has to be different. To a kid, it can be kind of scary to sit there and open up about something that was pretty traumatic to them. And that’s one way the CAC really stands out. They have trained interviewers who know how to ask the right questions and interact with the kids. They build that rapport. They don’t ask leading questions; they’re just seeking the truth of what happened. And they do a much better job of that in dealing with these younger kids than most police officers can do.

PennCAC: Walk us through a typical CAC interview for a child abuse case—what does that look like?

When a referral is made, the District Attorney’s office will coordinate with the CAC and get a forensic interview scheduled. The child—the victim—will come to the CAC. They’ll meet the interviewer and other team members investigating the case. Typically that will be the police officer and the children and youth services caseworker, but sometimes other agencies are involved. And then the interview takes place in a separate room while we watch on a big TV screen.

PennCAC: How does that work?

It’s a video feed. So the child is talking to just the interviewer. But the child has met everybody involved and knows we’re watching. Toward the end of the interview, the interviewer will leave the room and come check in with the other team members to see if we want more questions asked, or clarification from the child on anything.

PennCAC: What are you thinking during an interview?

As law enforcement, our primary responsibility is the investigation. Did something happen? Did something not happen? If something did happen, do we have enough probable cause to make the arrest?

PennCAC: That sounds stressful. A lot of people would not be able to deal with these types of cases.

In law enforcement, we tend to see a lot of the bad. And in the types of cases that come through the CAC, honestly, it’s bad after bad after bad…we see people at their worst. Everybody who gets into police work says they do it because they want to help people. But then you get into the job and you deal with so much of the negative stuff. It can be hard to see how you’re helping people. That’s something about the CAC cases—even though they’re some of the worst crimes to deal with, you know you really are helping a child.

PennCAC: Tell us about any child who stands out in your memory.

I remember one girl. Her case did go to trial and she was going to have to testify at a preliminary hearing. She was reluctant to do that. But when she found out I was going to be there at the hearing, she felt better about it; she felt safer. At the hearing, there she was with the perpetrator sitting in the same room, but directly across from her was the police officer who arrested him.

PennCAC: Wow, that’s amazing. How did you feel sitting there?

I knew I was making a difference to that little girl. It’s those little things…those are the things we do this job for. You don’t necessarily see the end result, or the big picture. So those few occasions when you know you made a difference to someone, or somebody comes back to thank you for helping them…that’s what makes the job rewarding. Those moments really stand out. They help keep you going in a career that can be very negative and very difficult.

Watch the video About CACs: Inspiring Hope, Ending Abuse featuring Chief Loper and other professionals who work with Children’s Advocacy Centers to respond to child abuse cases in Pennsylvania.

Left: For PennCAC’s About CACs video project, professionals who collaborate with Children’s Advocacy Centers recreate a typical team meeting that takes place before a forensic interview with a child at Adams County Child Advocacy Center in Gettysburg, PA. Right: Forensic interviewer role-plays in a mock interview with a child representing a CAC client. A video feed allows the assembled team to view the interview from the team room, and provides a recording that can be reviewed by multiple agencies.